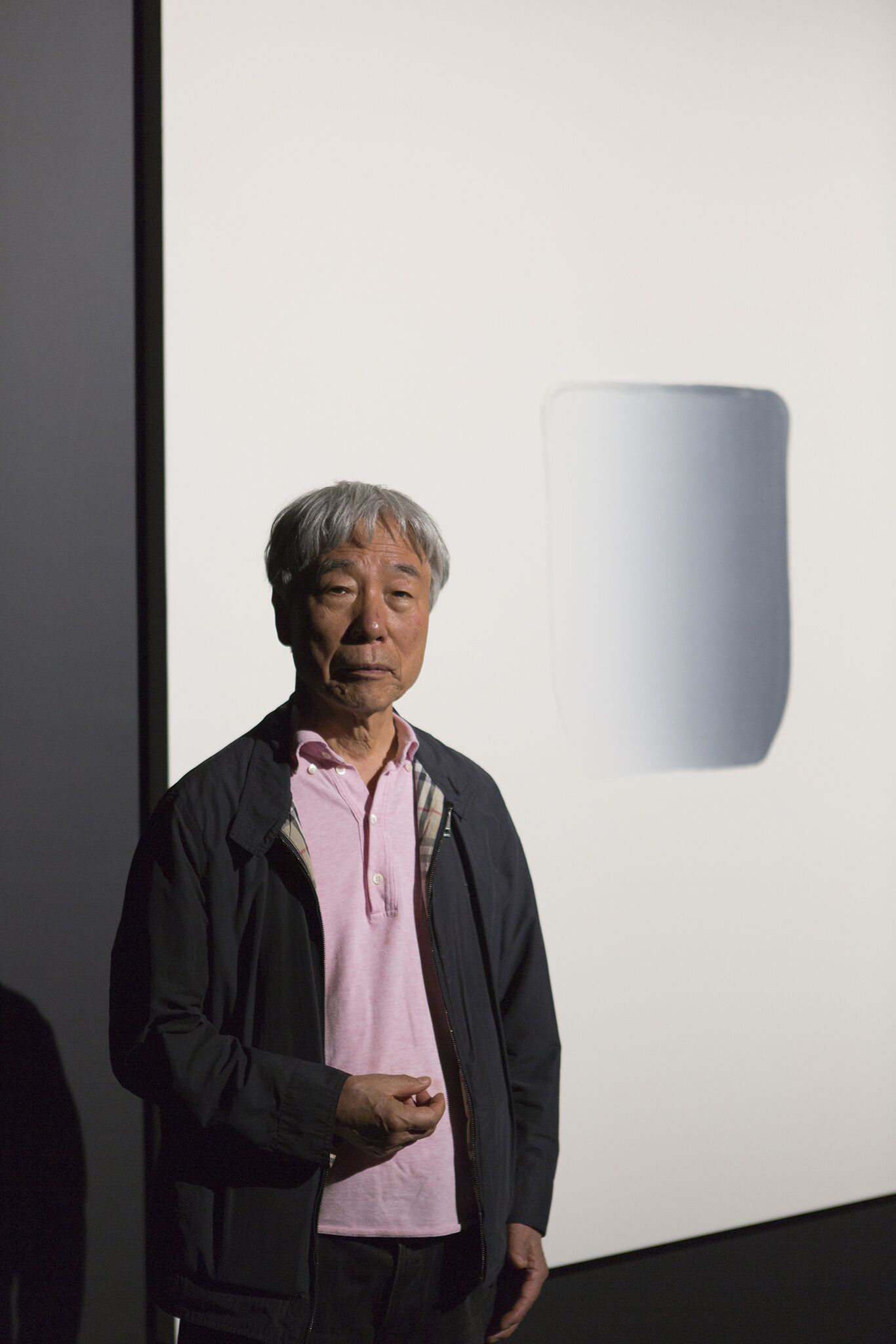 After university studies predestining him to writing, Lee Ufan decided to devote himself to the plastic arts at the end of the 1960s, when a wind of protest euphoria swept through the Western and Eastern world. In 1968, he founded the Mono-ha movement in Japan, -literally, the School of Things- and developed, in the company of Nobuo Sekine, Kishio Suga, Katsuro Yoshida, Katsuhiko Narita, Shingo Honda and Susumu Koshimizu, a minimal art rejecting the recourse to symbolism in order to favor the immediacy of aesthetic perception. Unlike his Western counterparts in Support-Surface and Arte Povera, the artist's minimalist approach is characterized by this desire to intervene as little as possible on the elements he selects so as not to strip them of their vibratory and expressive force. Creating paintings and sculptures, he seeks to question the spatial relationship between the work, its environment and its audience, giving rise to a kind of all-over Zen, imbued with oriental mysticism. His works were presented at the Paris Biennale in 1971, at the Sydney Biennale in 1976, at Documenta in Kassel in 1977, and at the Venice Biennale in 2011. Internationally recognized artist, from numerous retrospectives have been devoted to him, including those at the National Gallery of the Jeu de Paume in 1997 and at the Guggenheim Museum in New York in 2011.