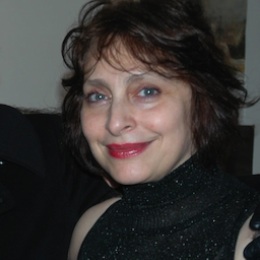 It is the way of the mask that Laila Muraywid, a Syrian artist who graduated from the Faculty of Fine Arts in Damascus and the National School of Decorative Arts in Paris, working in the French capital since 1981, explores. Because it conceals while revealing, because it makes the subject desirable as much as it creates an inaccessible distance between the viewer and the woman who wears it, Laila Muraywid's women advance masked, the better to keep their secrets. Her works are largely photographic, but sculpture and painting are also used to make the precious appear. Sometimes assembled in polyptychs, her works, formulating a dialectic and an ambivalence of desire, gain in suggestion: the eroticism that runs through them reveals itself as a weapon. It is also the audacity of the framing, the beauty of the cuts that create their power. In them, she works on the memory of intimate moments. For several years, she has also been creating sculptures.

Interview between Laila Muraywid and Christine Siméone on the occasion of the exhibition À Fleur de Peau.


This bilingual (French-English) publication of 208 pages illustrated with 200 color images is the catalog of the exhibition of the same name taking place at the Villa Emerige, Paris 16th from October 15 to November 12, 2011. In addition to placing the works presented during the exhibition in the context of the personal approaches of each of the artists, it offers a plurality of points of view o ...