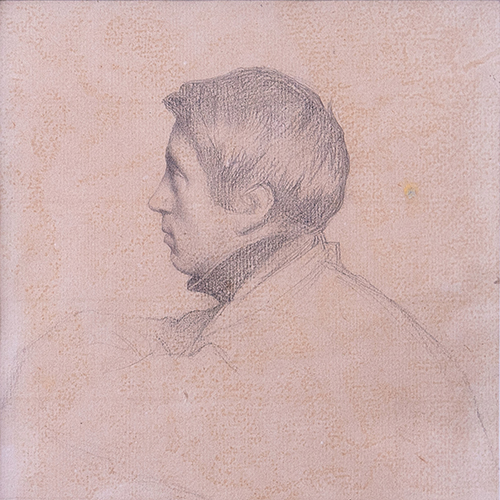 Paul Flandrin's quest is rather applied to landscape. From Poussin's brushes, which he dusted off, he chose the wise ordering, the sequenced legibility alternating masses and gaps, the clear and brilliant palette, which he populated with a humanity in suspended movements of the future visions of 1900 symbolism. He seduces, above all, by his work on the motif, following in the footsteps of Valenciennes, with sketches of the surroundings of Rome that he still schematises: here the ground, there the sky - little vegetation, no more clouds.