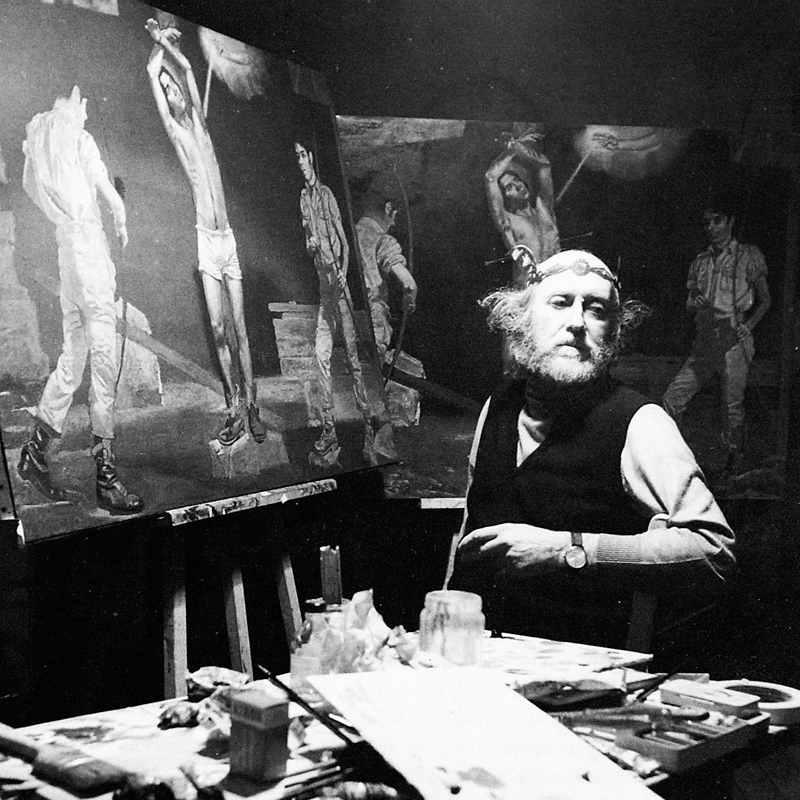 Born by the sea, in a neo-classical house in Piraeus, Tsarouchis never ceased to combine ancient Greek statuary, popular art, Byzantine icon painting, zeïbekiko (a traditional dance reserved for men) or the Karaghiosis shadow theatre with Matisse's simplification, Braque's earthy consistency or Balthus' subconscious eroticism. In his celebration of the male body, the painter multiplies homoerotic, athletic and Apollonian nudes - inspired by cyclists he met in Paris as much as by evzones fighting against the Ottomans (whose costume characterises the presidential guard today). Exhibited in 1948 at the Panhellenic Exhibition of the Zappeio, two lascivious and pensive seated and lying naked Marines had to be taken down by the police "for insulting the Greek armed forces". "Whether I paint men or flowers, says the artist, I must reveal the divine spirit that resides in them. I made my first work with butterfly men when I saw footballers in a sports newspaper."