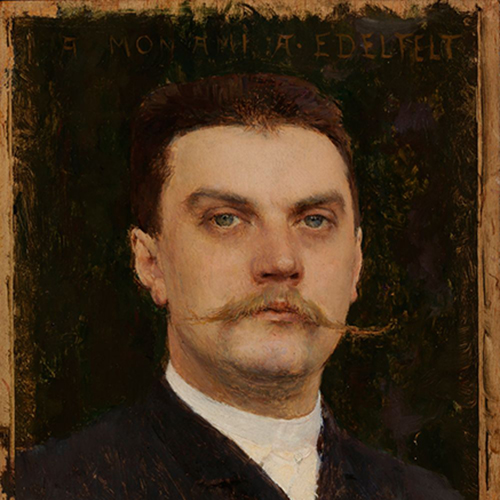 His successful social portraits, from the children of Tsar Nicholas II to the bacteriologist Émile Roux and the Finnish singer Aïno Ackté in fur (the great interpreter of the role of Marguerite in Faust and the inspiration, it is said, for the Castafiore in Tintin), often seem to prefer the enveloping electric light to the harsher light of the sun. And yet, in his acclaimed Portrait of Louis Pasteur, a true icon of science, it is not on the sober model, absorbed in his contemplation of a spinal cord, that one stops. No, what catches the eye are the effects of light on the translucent still life of a multitude of test tubes and illuminated flasks. A brilliant lighting artist who practiced pleinairism with passion, Edelfelt remained unreceptive to impressionism.