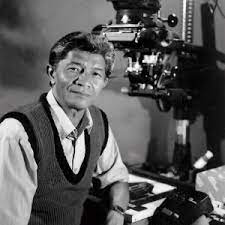 Starting in 1957, when he was not yet twenty years old, as a laboratory technician at Photoflex, this technical mastery of the laboratory will deeply mark his work as a photographer: Ramily does not dissociate the shooting from its printing in the silent darkroom where he likes to spend hours. His free time is devoted to the shooting of well thought landscapes, with an old Agfa camera. Independence in 1960 was a turning point reinforcing the role of Malagasy photographers who henceforth left their studio to give the image they felt of their country and its inhabitants. A photography that is called "humanist" reveals many young photographers like Ramily who, in 1969, opens his own studio and a bookshop in downtown Antanarivo. In 1978, after the change of the Malagasy political regime, he was put in charge of aerial photography for the State.