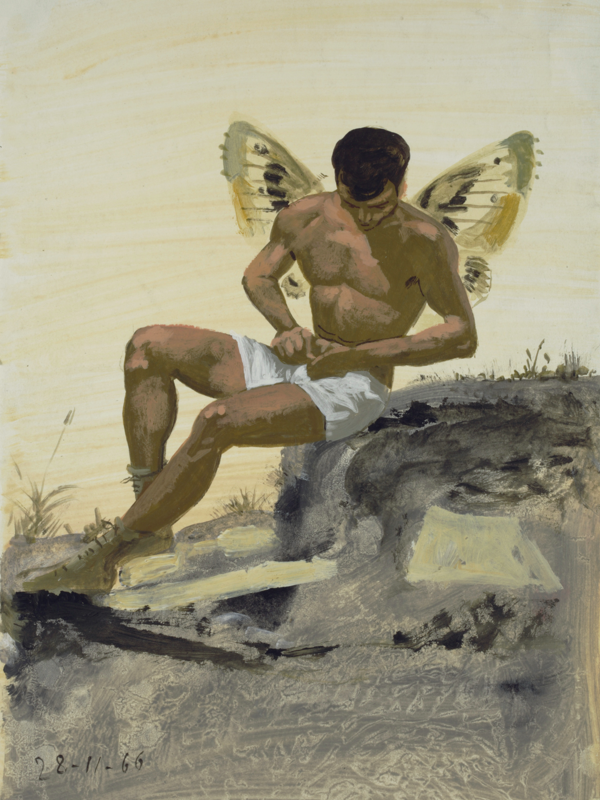 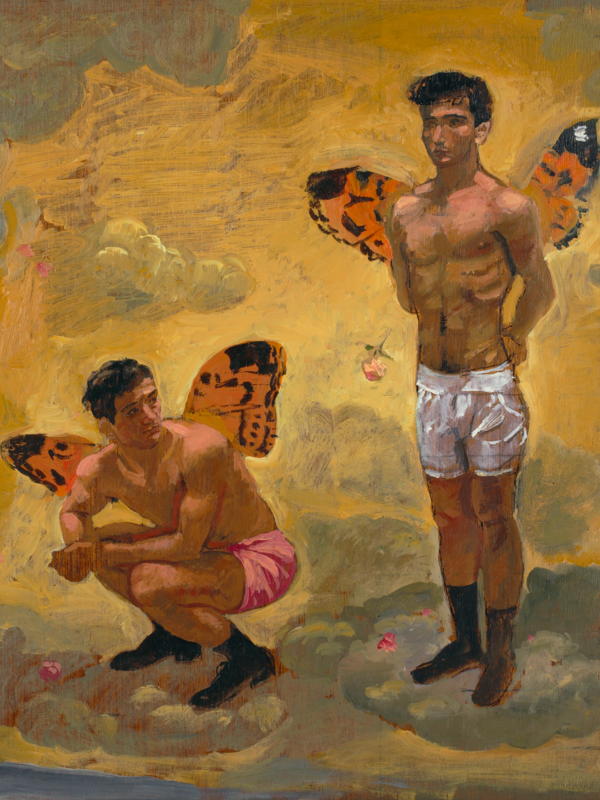 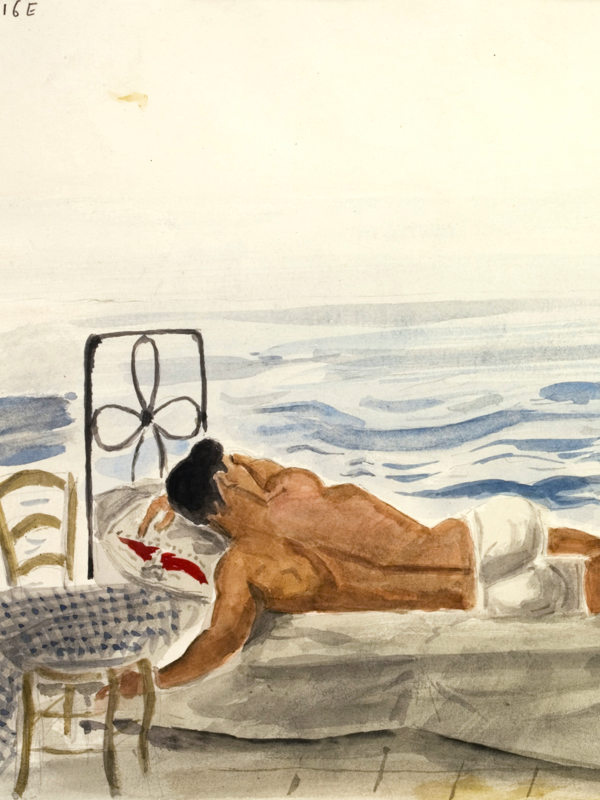 Divided between Western drawing and Eastern colour, Tsarouchis' solar painting is fiercely opposed to the deities of the Styx. "The plastic language of Yannis Tsarouchis awakens in us a deep sense of belonging, wrote Elýtis during the summer of 1964 (which he spent with the painter in Mytilene, on the island of Lesbos), which makes us almost touch the clay of Greek memory, at the same time as it lifts us up high into the world of the archetypes". Both belonging to the so-called "Thirties" generation, which sought to open up Greek art in order to better express its profound specificity, the Cretan poet seized on the example of Tsarouchis to reinvent a timeless Greekness.

Extract from the article by Emmanuel Daydé published in the N°97 of the review Art Absolument.