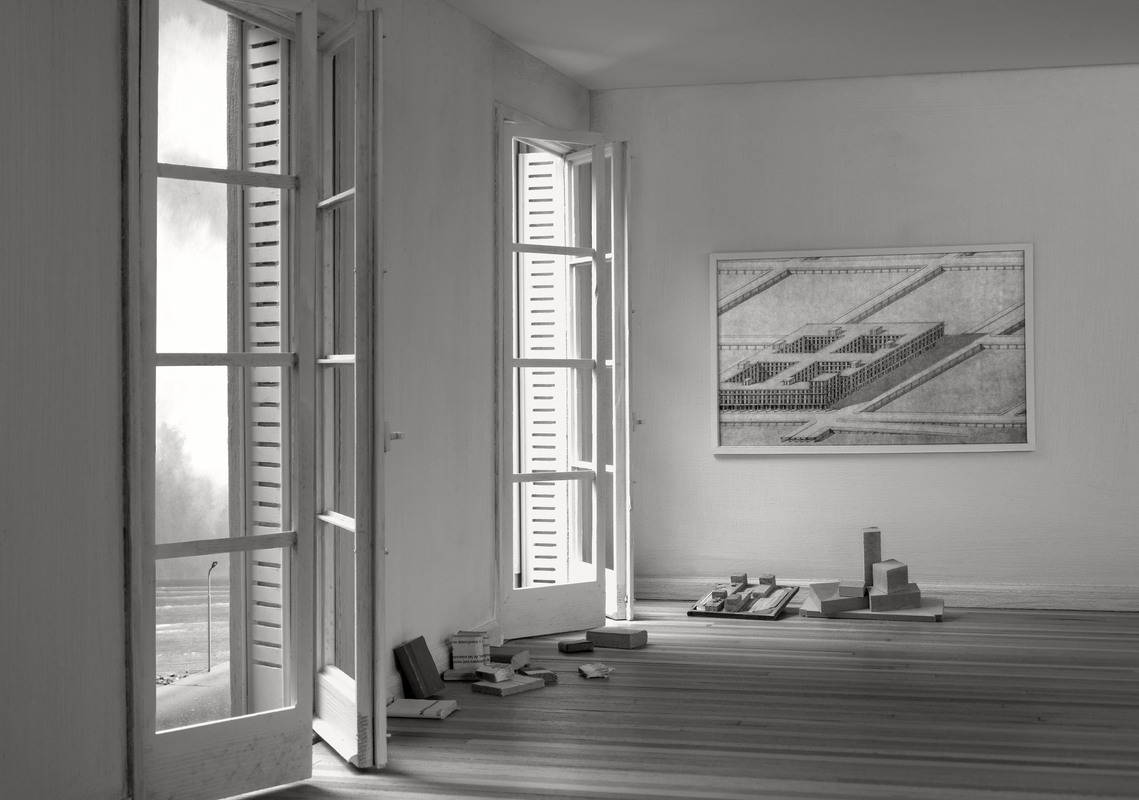 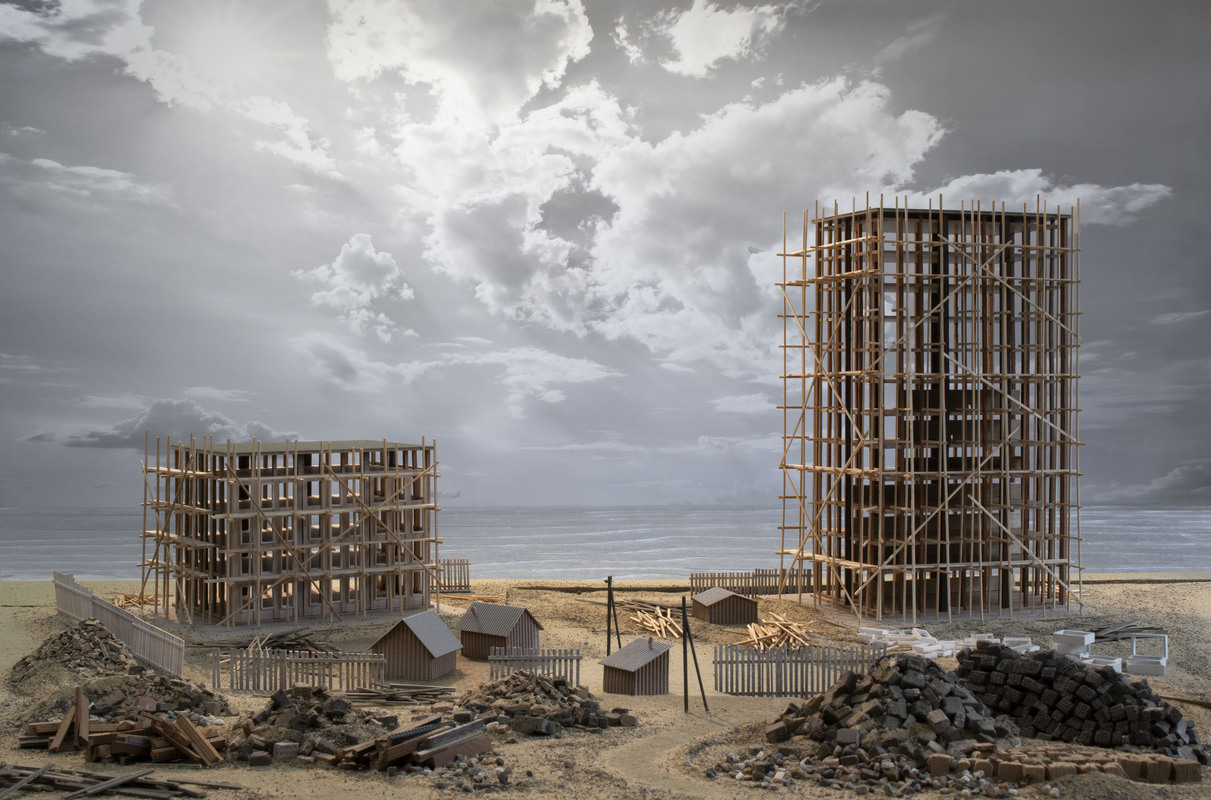 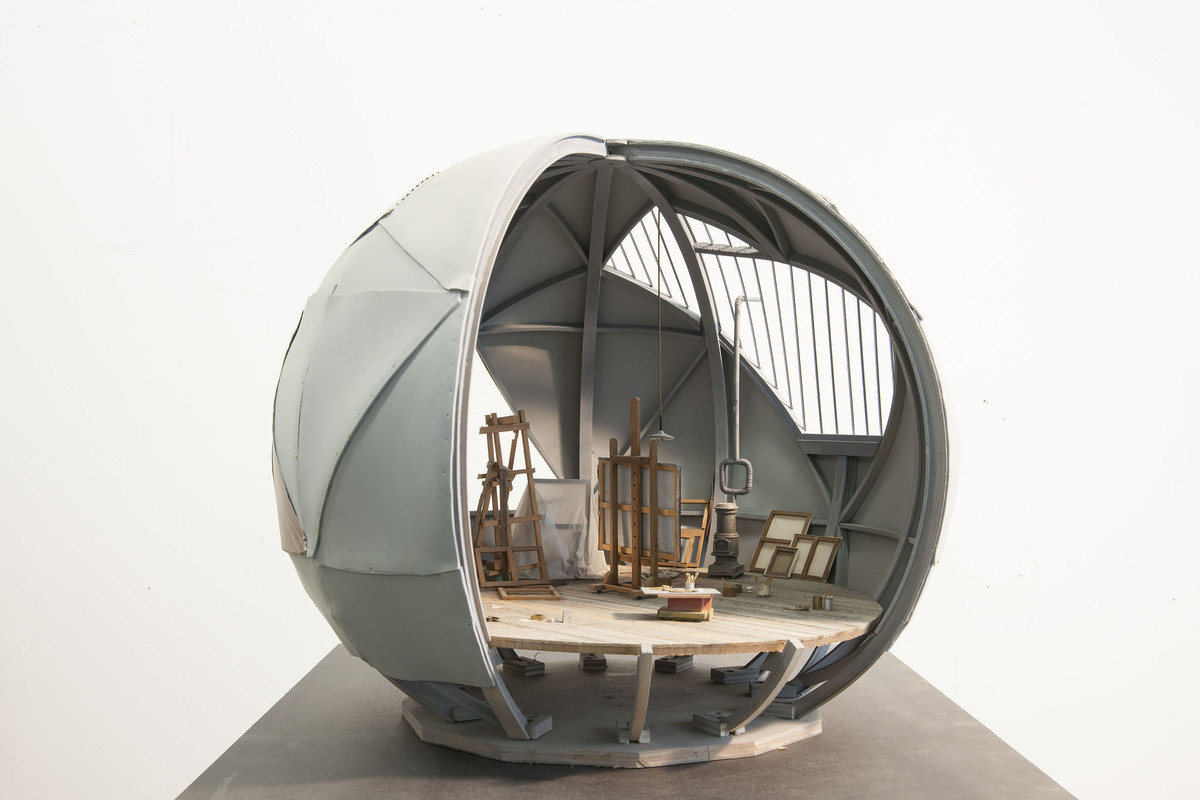 In his immense photographs of models of architecture in Le Havre, Philippe De Gobert does not reinvent anything. Like the crazy builders he models, such as Schwitters and his Merzbau or Zétwal and his lunar capsule propelled by Césaire's poems, he seems to be patiently rebuilding, as Auguste Perret did, a city that was razed to the ground and 82% destroyed by the Allied bombing in 1944. His first images of a port reduced to the stone age - a few piles of rubble topped by construction lights in front of the gray sea or sections of walls collapsed in the night and fog - emerge like mortifying symbolist visions, worthy of Bruges-la-morte and filled with the poisonous effluvia of Fernand Khnopff. Remembering that the Belgian government had taken up residence in Sainte Adresse during the First World War, De Gobert gives his photographs the nostalgic turmoil of mystery and the distant past, but "with the precision and enchantment necessary for the life of ideas" dear to Magritte.

Extract from the article by Emmanuel Daydé published in the n°98 of the issue Art Absolument.