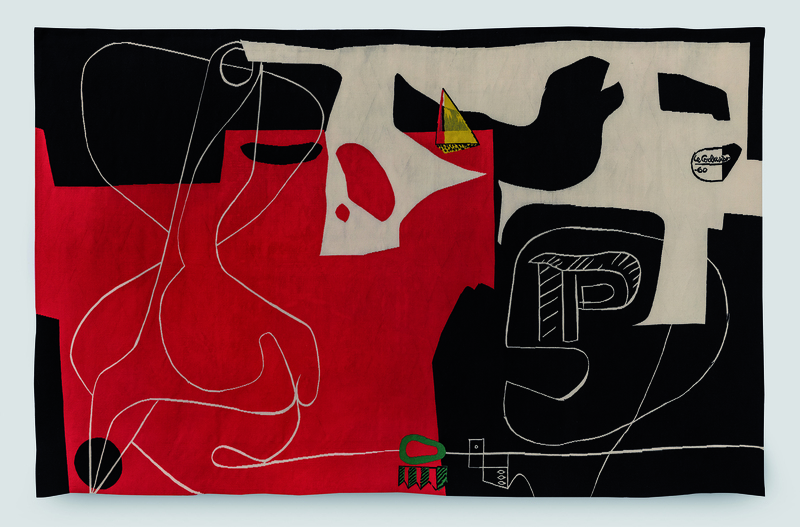 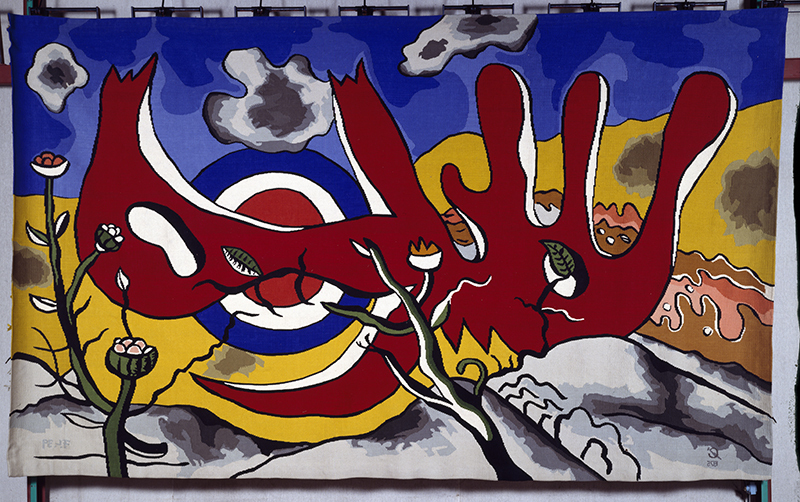 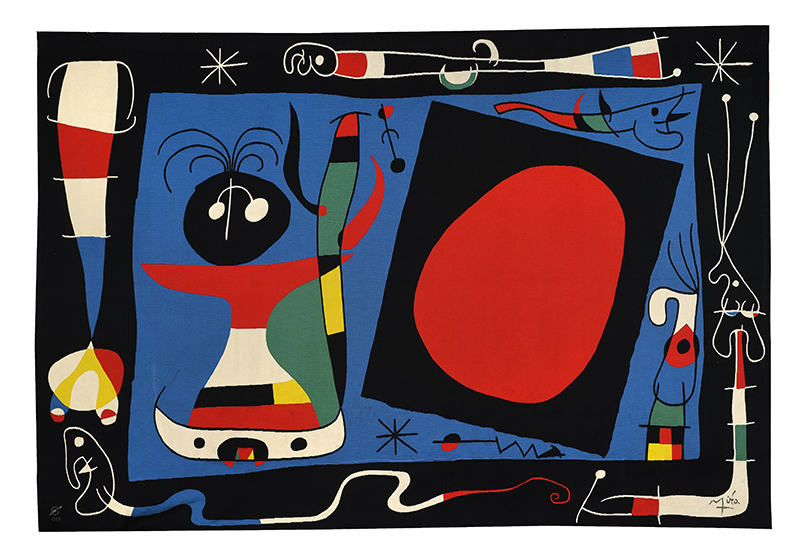 Administrator of the Mobilier National since 1926 and strengthened by his reflections as an art critic on cubism and modern decor, it was from 1939 onwards that Guillaume Janneau, at the head of the Manufactures des Gobelins and Beauvais, which had just been attached to his institution, was to accompany the revival of tapestry. That same year, while the debates on the social nature of art and the debacle of the French army occupy the minds, he impulses the revitalization of the workshops of Aubusson, where Jean Lurçat, Marcel Gromaire and Pierre Dubreuil work "to return to the original sobriety of tapestry. It is the achievements of this new breath, which grows after the war, that exhibits the Museum of Fine Arts in Carcassonne with 25 tapestries from the collections of the Mobilier National, the Cité Internationale de la Tapisserie in Aubusson and Ateliers Pinton in Felletin, which then saw the parade of Jean Arp, Sonia Delaunay or Maurice Estève. With those of Calder and the kinetic artists Yaacov Agam and Victor Vasarely, their creations are brought together in Carcassonne for the importance that "forms, rhythms and colors" play there. With its vocation to mobility and to call for a "distracted" perception, the art of the modern lice could not but interest the architect Le Corbusier whose three tapestries exposed share with that of Henri-Georges Adam an aesthetic derived from cubism. Ciel de France by Fernand Léger - who in 1965 evokes the tapestry as a "painting of furnishing" - is also a beautiful example of this thought of a democratic decoration of which dreams then these artists and their promoters.

Extract of the article of Tom Laurent, published in the nº99 of the magazine Art Absolument.