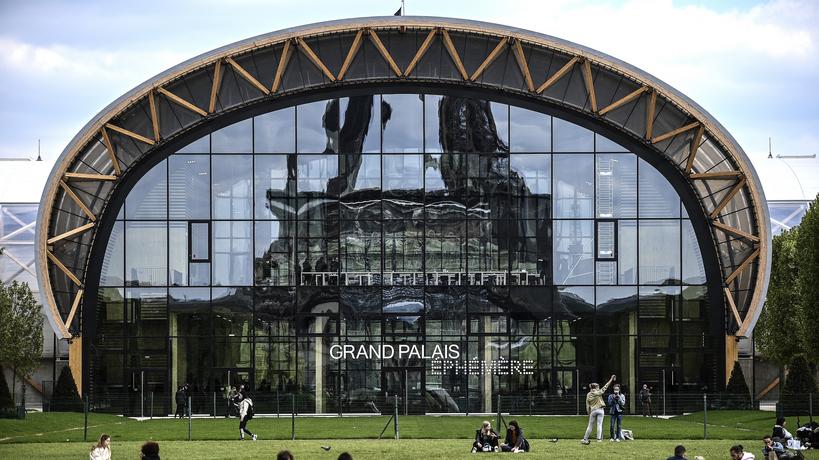 Designed by the architect Jean-Michel Wilmotte, the Grand Palais Éphémère is a temporary building on the Champ-de-Mars. Its wooden framework and ecological virtues make it a remarkable building, resolutely anchored in our time. It is a real architectural feat that fits into a site whose history, like that of the Grand Palais, is closely linked to the Universal Exhibitions of the 19th and 20th centuries.

Located on the Joffre plateau, the Grand Palais Éphémère respects the composition of the Champ-de-Mars. Between the École Militaire and the Eiffel Tower, it reaches a height of 20 metres, without exceeding the École Militaire, which towers 16 metres above it. The statue of Marshal Joffre, which is integrated into the building, has been completely restored during this installation. The 44 monumental arches of the Grand Palais Ephémère were assembled on site in just three months.