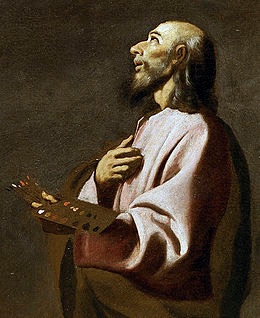 If we are willing to admit the possible permanence of these "defects", it must be said that Zurbarán has the gift of transforming his so-called "incapacities and inaptitudes" into style. Distrustful of overly elaborate compositions that obscure the subject matter, and fond of lining up his figures like pots of earth, in a frieze and in theory, as if on a theatre stage, the Extremecan artist declaims his minimalist forms in the spotlight. For the rest, he is usually content to use 16th-century prints by Dürer, Philippe Galle or Gérard de Jode - just as the treatises of the time advise (and as Velázquez does, even in his famous Surrender of Breda). But far from engaging in vulgar plagiarism, he purified, stiffened, reduced and transcended his models, in order to concentrate all his attention on the nature of things, in their exemplarity, their nakedness, their singularity.